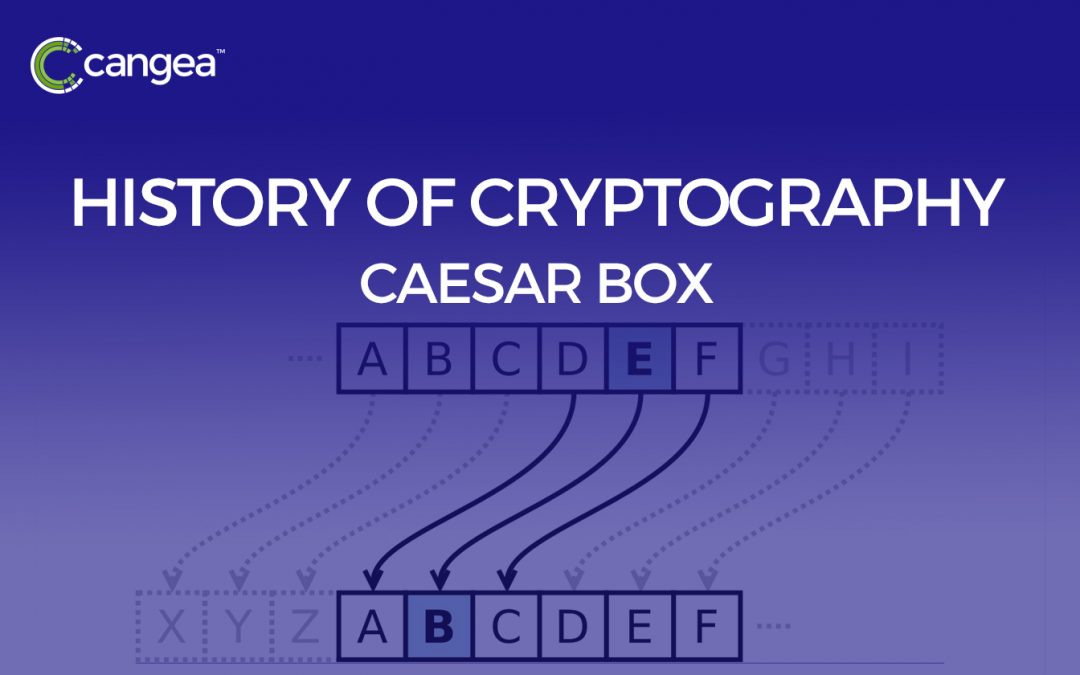 Caesar Box
The “Caesar Box,” or “Caesar Cipher,” is one of the earliest known ciphers. Developed around 100 BC, it was used by Julius Caesar to send secret messages to his generals in the field. In the event that one of his messages got intercepted, his opponent could not read them. This obviously gave him a great strategic advantage. So, what was the code?

Caesar shifted each letter of his message three letters to the right to produce what could be called the ciphertext. The ciphertext is what the enemy would see instead of the true message. So, for example, if Caesar’s messages were written in the English alphabet, each letter “A” in the message would become a “D,” the “B’s” would become “E’s,” and the “X’s” become “A’s.” This type of cipher is appropriately called a “shift cipher.”

Caesar’s magic number was three, however, a modern day use of the Caesar Cipher is a code called “ROT13.” ROT13, short for “rotate by 13 places,” shifts each letter of the English alphabet 13 spaces. It is often used in online forums to hide information such as movie and tv show spoilers, solutions to puzzles or games, or offensive material. The code is easily crackable, however, it hides the information from the quick glance.
Cryptanalysis: Breaking a Caesar Box
The hardest part of breaking a Caesar Box is figuring out the language of the message that it encodes. Once the code cracker figures this out, two scenarios are considered. Either the “attacker” utilizes a technique such as frequency analysis, or they use what is referred to as a brute force attack.

In the first instance, the attacker knows that certain letters are used more frequently than others. For example, A,E,O, and T are the most commonly used letters, while Q, X, and Z are the least. The relative frequencies of each letter in the English language are shown in the graph below. 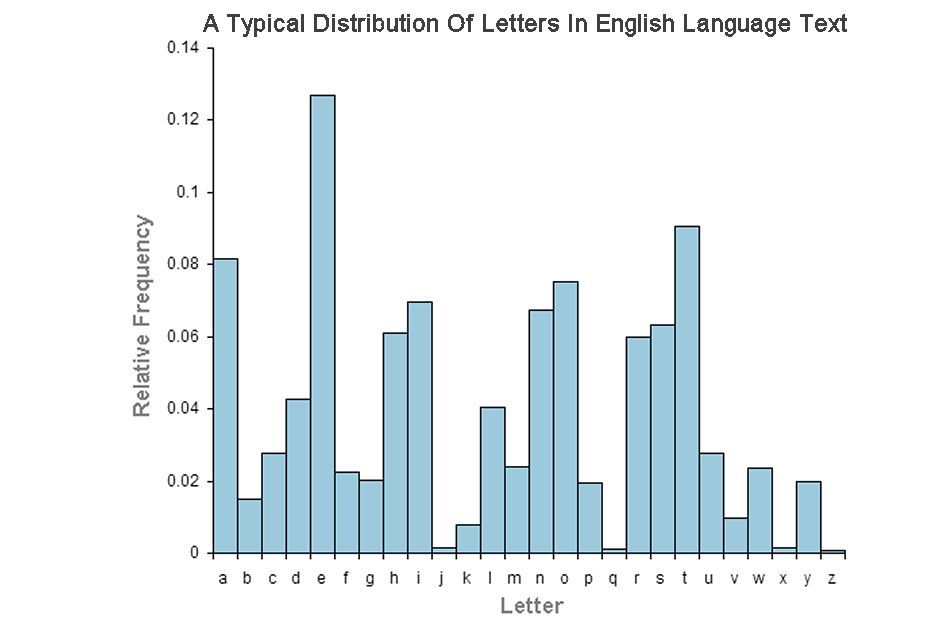 If using a simple substitution cipher such as frequency analysis does not crack the code, an attacker could perform a brute force attack.  This kind of attack entails testing each possible shift on a small snippet of the message.  So, if the message is written in English, this would require a maximum of 26 tests since there are 26 letters in the English alphabet.  While this is not a particularly sophisticated attack, it is effective.